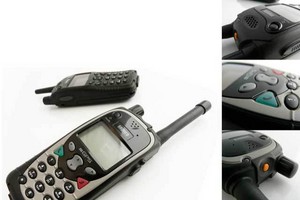 Editors note – Sepura ran a very good race with the Motorola MTH and the MTP radios, but are sadly running in second position. sepura (a UK company) are looking to break boundaries in the US, hopefully they will do well, but they still have to come up against the mighty M.

Sepura PLC , a provider of walkie talkies and mobile radio products to the public and private sectors, anticipates significant mid- and long- term growth opportunities in the U.S., particularly in the commercial market, and is preparing to take advantage of them by growing a U.S.-focused sales team, signing up partners and getting its products approved, its chief executive said Thursday.

“[Geographical] diversification will continue over the next few years, but I think that the key opportunity for the business in the medium- to longer-term has to be the focus on the North American market,” CEO Gordon Watling told Dow Jones Newswires in an interview.

He explains the potential he sees in North America as two-fold. Firstly, older analogue systems are being updated to newer digital technologies and secondly, the U.S. has, since September, permitted use of Terrestrial Trunked Radio, or TETRA technology, having previously been closed to anything but Motorola’s competing APCO-25 offering.

TETRA, Sepura’s mainstay, is a European standard that was specifically designed for use by government agencies, emergency services, the military, public safety networks, and rail staff.

“Between Motorola not licensing TETRA technology and the FCC [US Federal Communications Commission] also not allowing the use of TETRA in North America, it has effectively secluded about a third of the world’s market to Sepura,” Mr. Watling said.

He estimates that there are about 26 million analogue, professional, mobile radios in deployment today, of which about 9 million-10 million are in North America. He noted that even with the market steadily going through an analogue-to-digital transition over the past ten years, the market today is only about 20% penetrated.

However, despite the large market, the CEO doesn’t expect to be able to operate in its traditional market of public safety networks.

“We expect, of the 9 million-10 million [analogue] radios that are available in North America, there’s about 2 million that are public safety and we believe that market will remain APCO-25, so the real opportunity is to get into all the traditional commercial verticals–the extraction industries, utilities and transportation,” he said.

Despite the shift in its target market, Mr. Watling isn’t concerned and highlights the company’s successes in the commercial sector over the last few years.

“We’ve gone from a standing start of a 95% public safety revenues and 5% commercial to now, where we are at about 35% commercial. We can do it, but in North America, we’ve obviously got a challenge in a country that we haven’t traded in before,” Mr. Watling said.

In the six months to Sep. 28, group revenue from commercial customers almost tripled, with total group revenue rising 34% to EUR43.5 million. The company swung to a pretax profit of EUR2.6 million from a loss of EUR5.0 million a year ago.

In light of its confident outlook, the group raises its interim dividend 7% to 0.51 pence.